🎧Pea-nut, peanut butter, and jelly.🎧  Barney sang it, and so do the Boy Scouts. Peanut butter and jelly sandwiches are, after all, a Made in America sandwich.

1843: Horticulturist, Ephraim Wales Bull, chose a wild grapevine that thrived in his backyard, to begin work on cultivating a purple grape that would grow well in harsh New England weather. 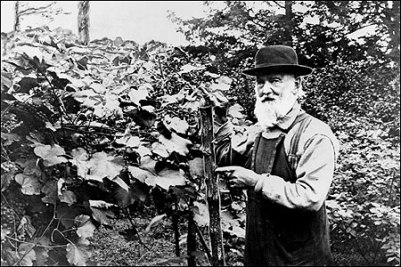 1854: After many years of research, Bull developed a cultivar he liked and named it the Concord grape after his hometown of Concord, MA. He sold his vines for $5 each and made a small fortune as Concord grapes became a popular strain. Since plant varieties were not patent-protected at the time, nurserymen were free to grow and sell their own plants made with cuttings from his original vine and Bull died a poor man. Here is a good story about it. His gravestone read: “Ephraim Wales Bull, the Originator of the Concord grape . . . He Sowed Others Reaped.”  I digress. 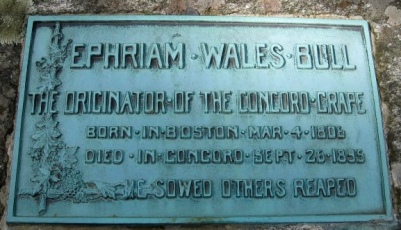 1869: Dentist and clergyman, Dr. Thomas Welch, sought to create a non-alcoholic communion wine for his parishioners using the newly popular Concord grape. In his home kitchen, Dr. Welch prepared a batch of grape juice, bottled it, and using the new sterilization technique developed by Louis Pasteur, he pasteur-ized it. Pasteurization killed the yeast which would have created fermentation. Welch marketed the juice as “Dr. Welch’s Unfermented Wine.”  Grape juice became popular for years to come with the ongoing Temperance Movement and later with Prohibition.

1880: Dr. Ambrose Straub, another physician, who, in an attempt to get calories into his elderly patients who were unable to chew meat, started crushing peanuts into a nutritious peanut paste. Now, the Aztecs made a peanut paste hundreds of years before, but it was Straub who ran with the idea of a peanut butter product. Oh, and George Washington Carver, the famous botanist, and inventor, he was responsible for encouraging sharecroppers to grow alternative crops to cotton, such as peanuts and soybeans. Carver then went onto to invent and demonstrate hundreds of uses for peanuts to help increase demand for the product. He is considered by many to be the father of the peanut industry.

1893: Dr. Straub attended the Chicago World’s Fair to hawk his peanut paste for medicinal uses. Concurrently, Dr. Thomas Welch’s son, Dr. Charles Welch, brought his new product, Welch’s Grape Juice, to the Fair to introduce it to the masses. Thousands of people sampled these two new products. Little did Drs. Straub and Welch know that together, their products would one day lead to the most popular sandwich in America. 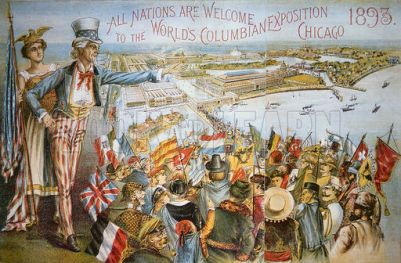 1901: Ms. Julia Davis Chandler, a writer for The Boston Cooking-School Magazine of Culinary Science and Domestic Economics, may have been the first person to introduce the peanut butter and jelly sandwich to the nation. She wrote, “For variety, some day try making little sandwiches, or bread fingers, of three very thin layers of bread and two layers of filling, one of peanut paste, whatever brand you prefer, and currant or crabapple jelly for the other. The combination is delicious, and as far as I know, original.” Imagine PB&J as an elegant tea sandwich. 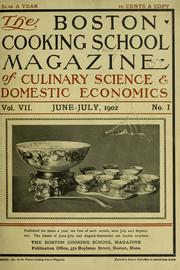 1903: Dr. Straub invented the peanut mill and took out a patent on it. He sold all commercial rights to the peanut spread to Mr. George Bayle, owner of Bayle Food Products, who became the first commercial vendor of peanut butter. Straub continued to perfect his grinding mills. Mr. Bayle took his “peanut butter” product to the St. Louis World’s Fair in 1904 and sold out in three days.

1918: The Welch family developed a grape jam spread and called it Grapelade. 100% of their initial production was bought by the military for WW1 soldiers’ meal rations. After the war, the soldiers, now civilians, requested more grape jam for home use and in 1923, Welch’s introduced Concord Grape Jelly to meet that increased post-war demand.

1928: “The best thing since sliced bread.” Otto Frederick Rohwedder, an engineer from Davenport, Iowa, invented the bread-slicing machine that automated the production of pre-sliced bread in commercial bakeries. 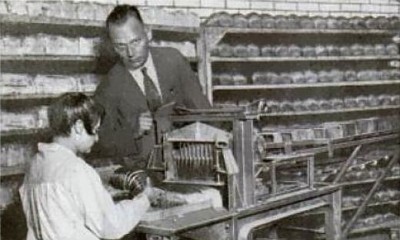 1930: Wonder Bread started selling the sliced bread commercially. This surely helped lead to the rise of sandwich-making in the American household.

1929-1939: During The Great Depression, PB&J sandwiches were commonplace in school lunch boxes. Jelly was sweet and wet and was the perfect companion to help peanut butter not stick to the roof of the mouth. It also wouldn’t spoil unrefrigerated in a lunchbox, another bonus. More importantly,  the sandwiches were nutritious, and children liked them. With the automated production of peanut butter, jelly, and pre-sliced bread, the PB&J sandwich was on its way to becoming a very popular sandwich.

Squirm alert: it is almost impossible to watch this video without wanting to yell at the kid and tell him not to eat that jelly! 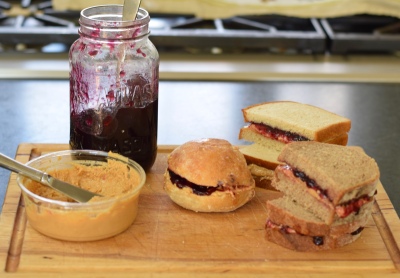 1962: I’ll close with this memorable Welch’s Grape Jelly ad featuring The Flintstones, a cartoon that was popular on Saturday mornings during the Sixties when I was growing up.

Afterschool snack for my six brothers in the Seventies. Nice memories!

Can you believe a new knitter who is a rock climber figured out how to knit herself a chalk bag?! Another is working on a shawl using directions from the back of a yarn sleeve! Another is making a scarf with self-striping yarn. And one fellow is making a hat “like Holden Caulfield’s.” All with donated supplies!! Many made fingerless mitts using the pattern I wrote for them. It turned out to be a good “second” project (after making a scarf) because they learned basic skills like casting on and off, increasing, ribbing, knitting, purling, and how to make a gusset. Once they had mastered these skills, they were able to knit anything, even CREATE A CHALK BAG without a pattern! Grateful for the donated copies and downloads of MDK’s @how.to.knit (their textbook) and all the folks who left boxes of donated yarn, needles and knitting books at my front door. I am grateful and BEAMING! BTW, we found the best time for class to meet was during lunch break, in case you are thinking of starting a knitting club. We’ll be back next fall! Link to mitt pattern is in my profile. Parting words to each other: “Let’s make matching hats this summer!” Of course, there is a pattern on the blog… just sayin’. #itsawrap #highschoolknittingclub #awardwinningchocolatechipcookiesforthewin
“Choose Me!” Plant reproduction: zucchini. There are both female and male flowers on each plant. Bees carry pollen from one flower to the next. This is the first morning each of these young plants has had flowers. 90% of the flowers are male. That’s how it always starts-- it takes more energy to make a female flower and ovary so nature, because it is magnificent, makes sure there is lots of pollen at the ready for them. When you see what looks like a shriveled up yellow zucchini, that means it didn't get pollinated. I call that “Failure to Launch.” Before I knew this I wondered why some zucchini died as babies. #pollination #pollen #birdsandbees #backyardgarden #kitchengarden
Dagnabbit! What kind of night visitor knows how to pull a row cover off a bed of corn?! The critter ate the corn kernels and left the greens. #grrrrr #backyardgarden #kitchengarden #trialsandtribulations #corn I will reseed in a milk jug. Read how to do that using the link in my profile. #milkjuggarden #seedstarting
The flowers produced by onions and garlic are beautiful! But they gotta go if you want the onion and garlic bulbs to grow large. The day chefs made recipes with scapes (seed heads of garlic) popular, well that was a great day for farmers because they could sell the edible seed heads instead of throwing them in the compost. Always remember plants have one job-- to reproduce. Flowers make seeds. Seeds ensure more plants. Making seeds diverts the plant's energy from bulb growth-- our reason for it being in the kitchen garden. The last 3 pics show how a seedhead looks as it matures. The green pods mature into white seed packets filled with tiny black seeds. Nature is magnificent. #seeds #lifegoals #pollination #reproduction #growingfood #kitchengardens #backyardgarden and #onionsculpture #scapes
Reporting for duty. #volunteer This is the first episode of @roadshowpbs to be filmed since the pandemic started. 3000 guests are expected- each with 2 or 3 treasures to be appraised. This is a huge production. Cameras are everywhere. Volunteers have blue shirts, the crew is in green, and the appraisers are dapper. We all eat our meals together in the same mess hall- the tent at Cheekwood. Interesting: the appraisers are all volunteers who pay their own travel expenses. #antiquesroadshow
How to plant a tall tomato plant. Typically, we plant tomato plants deep in the soil for optimal root development. When you have a tall plant, you can’t plant it that deep because the root ball will be too cold to support growth. Solution? Dig a long 4-5 inch deep trench and lay the stem and root ball horizontally. Gently bend the tip of the plant so it becomes vertical. Cover stem with dirt leaving the tip exposed. Water regularly until roots are established. #plantingtomatoes #kitchengarden
Loading Comments...