If I were to play a word-association game with my brothers about the elderly babysitters we had growing up in the Sixties in Bay View, our beloved, bucolic coastal neighborhood in Massachusetts, it would go like this:

“Sting (sic) Bean Casserole”: Mrs. DeMers
She was elderly, gentle, and lived across the road from us. Her voice was thin and wispy just like she.

“Mulligan Stew”: Mrs. Townsend
She and Mr. Towsend were retired, very Irish, and lived next door. It seemed like she always had a pot of mulligan stew simmering on the stove. Mulligan stew is a beef and vegetable stew similar to burgoo. If we got locked out of the house, the Townsends had the spare key.

“Kale Soup”: Mrs. Lombard
Mrs. Lombard was Portuguese, retired, and had buried three husbands by the time she came to live with us as a housekeeper and babysitter. She stayed with us on weekdays and went to her own home on weekends.

She arrived at our house on the heels of many promising live-in sitters who lasted only a few days. Apparently, five children were a lot to manage. Not so for Mrs. Lombard. She drove up our driveway in her silver-green 1953 Chrysler New Yorker land yacht with her strong, solid build and pinned-up long dark hair, fully confident in her ability to wrangle up and care for our large family. 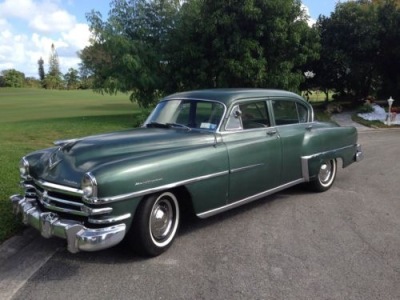 Mrs. Lombard was tough and her unfiltered comments to us kids and our friends were legendary. For example, my brothers’ socks were so dirty they “stood up by themselves,” and I had “male nails,” short and wide fingernails that would “always be that way.” Sadly, she was right about that. She was our Mrs. Doubtfire. She kept us in line and took care of our hard-working mother, too. The last time I saw her was at my wedding. She was in her nineties. It was lovely to be in her presence, to hear her voice again, and to know she was still full of vim and vigor.

The only meal I remember Mrs. Lombard ever making for us was kale soup, also known as caldo verde (green broth). I can still see the tall Revere soup pot on the stove filled to the brim with knobs of white potatoes bobbing in and out of a sea of dark-green kale. The broth was tinged with orange from the juice of the linguica sausage. I have worked for years to recreate this beautiful, tasty soup and finally figured it out by reading through many versions of it in my mother’s vintage collection of plastic spiral-bound community cookbooks from that geographical area and time period.

A few words about ingredients:

The key ingredient in kale soup is a smoke-cured Portuguese sausage called Linguica (lin-gwee-sah). Linguica is made with pork and paprika, garlic, pepper, and sometimes cinnamon, coriander or cumin. There is another Portuguese sausage that is very similar called chouriço (not the same as chorizo, a Mexican sausage). In the absence of linguica, I would use either chouriço or andouille. Or, and I have done this before, use a spicy Italian sausage and make it an Italian Kale Soup. 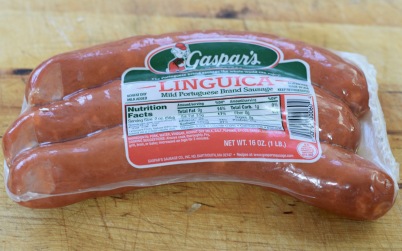 I suggest using unsalted chicken broth instead of a salted broth. The linguica brings plenty of saltiness of its own. Too much salt can quickly make this soup go from tasting delicious to tasting like a briny bath of sea water. Carefully add salt to taste.

If you are using a fresh bunch of kale, prepare it the same way I prepped the collards for this recipe only cut the logs of kale into two-inch wide slices. I would not use young leaves of kale as they will disintegrate too quickly when cooked. Some people prefer their caldo verde with collards. That works just as well. Occasionally, I add a half cup of chopped cilantro or parsley to the soup during the last minute of cooking, for more flavor and to make the broth greener.

Lastly, many cooks from our area of the southeastern coast of Massachusetts add a pound of lima beans to the soup. I enjoy that, as well, but I’ve come to prefer the simple and pure flavor of just the kale, potatoes and sausage. 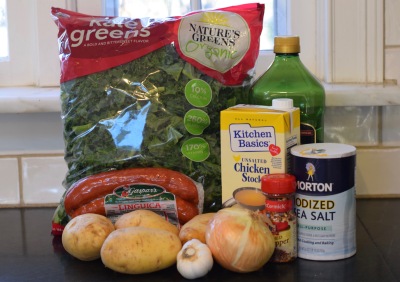 Prep onions and garlic as described and set aside. Prep potatoes into bite-sized chunks and set aside. Gold potatoes hold their shape better than white potatoes and have a nice buttery taste, so I suggest using them.

Coat bottom of a six-quart sauté pan with olive oil. Add linguica to warmed oil and sauté for about three minutes on medium-high heat. Avoid overcooking the linguica which makes it leathery and tasteless.

Use a serrated spoon to remove sausage into a small bowl. Set aside meat.

Add onions and garlic into the linguica flavored oil that remains. Sauté for five minutes over medium heat until the onions are soft and translucent.

Add the potatoes, broth, salt, and crushed red pepper. Bring broth to a boil, reduce heat to low, and simmer for ten minutes. 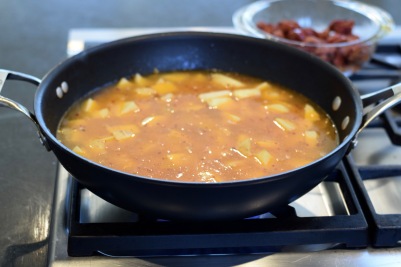 Remove 1 cup of potatoes and 1 cup of broth from the pan and put them in a food processor. Purée for about 15 seconds until mixture is smooth. Set aside. 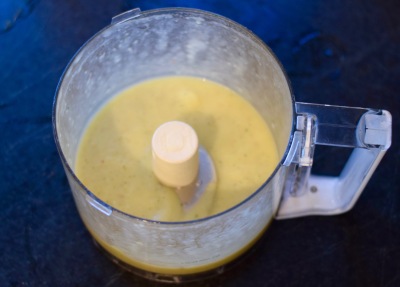 Add four cups of hot water to the potatoes in the sauté pan and bring to a boil. Once the water boils, add about half the kale to the pan. Stir it down. As the kale collapses, continuing adding more kale until it all fits in the pan. Add the puréed potatoes and the linguica and stir everything together. 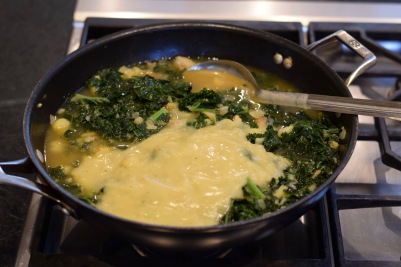 Simmer for about 15 minutes on low heat. The soup will taste equally delicious the next day. I’ve never tried freezing it.

Serve with a nice crusty bread.